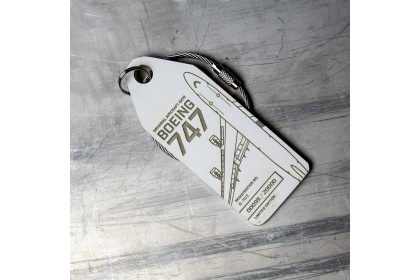 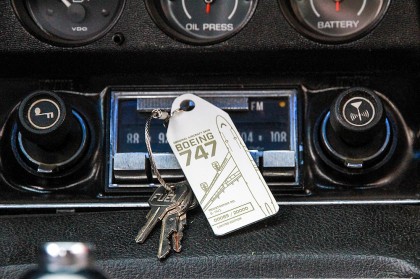 Aviationtag's limited-edition Boeing 747-B-HUI series is crafted from the skin of a legendary Jumbo Jet, which rose to global stardom at Cathay Pacific for its spectacular arrivals at Kai Tak airport. After 22 years of service for Cathay Pacific, the four-engine aircraft completed its last official passenger flight on September 30, 2016 to Taipei. Together with the B-HKT and B-HUJ, our Queen of the Skies brought the passenger service of the 747 era to a close for Cathay Pacific. It and its predecessors transported more than 160 million passengers around the entire world.

Boeing 747 series – crafted for those who change the world and think big!

The Boeing 747 is a wide-body, four-engine jetliner which rose to aviation fame in the late 1960s. The first 747 completed its virgin flight in 1969 and remained the largest passenger jet in the world until 2005. Its wingspan is 64.44 m and the vertical elongation at the wingtip can be up to 16 m. It is also well known for its “hump” silhouette which earned it the nickname Jumbo Jet. Compared to previous 747s, the most significant aerodynamic improvement in the 747-400 is the wing size, which is 1.8 m (6 ft) longer with a 6 ft. high winglet that is angled upwards and slightly outward.